Russians Named the Most Important Event of 30 Years 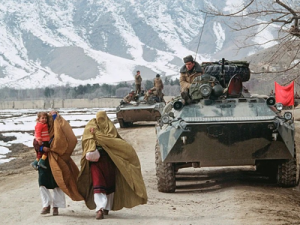 OREANDA-NEWS More than half of Russians named the completion of the withdrawal of Soviet troops from Afghanistan the most important event of 1989, a survey of the Levada Center showed. The number of respondents who consider the main news of that year to increase pensions doubled.

The Levada Center presented a study on the most important events of 30 years. More than half of the respondents (54%) consider such an event the completion of the withdrawal of Soviet troops from Afghanistan after a ten-year armed conflict in the region. This is the maximum for all the time of research, in January 2014 only one third of respondents (33%) thought so.

During the survey, respondents were offered a card with a list of answers and the ability to select several options. The study was conducted on July 18-24 on a representative sample: 1,605 people in 137 settlements in 50 regions. The survey was conducted at the home of the respondents using a personal interview method.

The second most important event of the late Soviet era for Russians (24%) was the fall of the Berlin Wall.