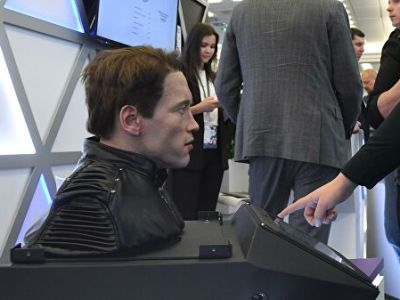 Schwarzenegger Sues Russian Company because of a Look-alike Robot

OREANDA-NEWS. Arnold Schwarzenegger, a Hollywood actor and former governor of the US state of California, sued the Russian company Promobot for using his image without permission to create a twin robot. This was reported by the portal TMZ with reference to the lawsuit.

A company representing Schwarzenegger claims that the Russian entity illegally used the actor’s right of publicity. The plaintiff demands that the defendant stop using the image of Schwarzenegger and pay him ten million dollars along with the profit received in connection with the showing of the robot.

As it is stated in the lawsuit, Promobot shows the actor’s double robot at public events to advertise and sell its products. So, in January it was demonstrated at the CES exhibition in Las Vegas. After that, the lawyer Marty Singer demanded to stop using the image of the actor. According to TMZ, Promobot promised to suspend the demonstration of the twin robot, but in February introduced it at an exhibition in New York.

Promobot denies reports about the lawsuit. The press service of Russian company stated that they did not receive any Schwarzenegger’s claims from the court or any other authorities.
Source: OREANDA-NEWS
Материалы по теме:

The Union of Cinematographers of St. Petersburg Was Suspended Due to COVID-Violations at the «Artdokfest» in RussiaOreanda.ru | 26.04.2021 14:33:45