Chinese Physicians Determined the Timing of the Peak of Coronavirus Outbreak
State, 28.01.2020, 17:17

Scientists from Russia Found Out How to Create a “Magnetic” Computer 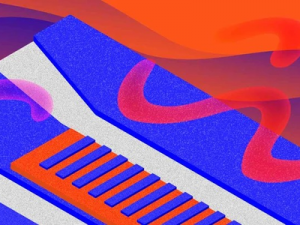 OREANDA-NEWS Russian and European physicists have figured out how to create a special “impossible” material that allows to transport and process information without using electrons, but magnons, a kind of “magnetization wave”. Prospects for its use were disclosed in the journal Advanced Science.

The main obstacle to the creation of such computing devices so far is that the spin of electrons and other charged particles is extremely difficult to control and keep in a stable state for a long time, especially at temperatures far from absolute zero.

All these problems can be solved if scientists find a way to convert a magnetic signal into an electric one and vice versa. Today, only films made from an exotic compound of iron, oxygen, and yttrium, a rare-earth metal, possessing unusual magnetic properties at extremely low temperatures can cope with this task.

Of course, such machines will not yet be able to replace conventional computers, since their operation requires an ultra-powerful cooling system. On the other hand, as it was suggested by Ustinov and his colleagues, they can become part of future quantum computing systems and help find or create more practical versions of magnon crystals.