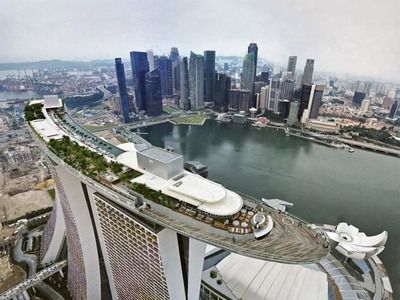 Singapore Authorities Canceled VAT Increase due to Outbreak of Coronavirus

StateState services to societyFinance accounting and auditState finance
OREANDA-NEWS. The Singapore government has postponed plans to increase value added tax (VAT) next year due to the economic impact of the coronavirus epidemic. This was announced on Tuesday by Deputy Prime Minister, Minister of Finance Heng Swee Keith, presenting the draft budget for 2020 in parliament.

"After assessing the income and expenditures of the state, given the current state of the economy, it was decided to cancel the increase to 9% tax next year", said the deputy head of government. According to him, "VAT remains at 7%". The deputy prime minister also said that "a number of sectors of the economy will receive tax benefits in connection with losses from the coronavirus epidemic". In particular, “Changi Airport is provided with a 15 percent discount on real estate tax, hotels with a 30 percent discount”, said Han Sweet Kit.

An outbreak of the new coronavirus (2019-nCoV) was recorded in the large Chinese city of Wuhan at the end of December 2019. The World Health Organization recognized it as an emergency of international proportions, describing it as an epidemic with many foci. Outside of China, cases of infection were detected in 25 countries, including Russia.

According to the latest data, the number of deaths in China is approaching 1.9 thousand, over 12.5 thousand have recovered, the number of infected has exceeded 72.4 thousand.
Source: OREANDA-NEWS
Материалы по теме: