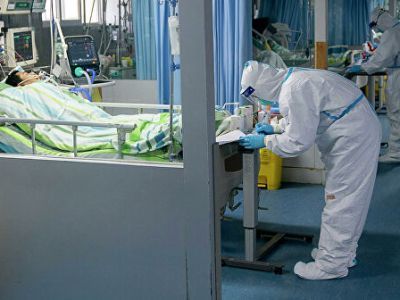 OREANDA-NEWS. Six provinces of China lowered the highest level of emergency response announced earlier because of the pneumonia epidemic caused by the new coronavirus.

On January 24, the regime of the highest emergency response was introduced in almost all of China.

On February 24, the provinces of Guangdong and Shanxi lowered the highest first to the second. The provinces of Liaoning, Guizhou, Yunnan and Gansu reduced it to level three.

On Sunday, authorities of 21 regions reported that on February 22, not a single new case of infection with a new coronavirus was registered.

The decision on lowering emergency level was made after a speech by Chinese President Xi Jinping, who promised great government support to defeat the epidemic. The politician emphasized that the actions of the Communist Party were timely and effective. According to him, a quick reaction to the spread of the disease “demonstrated the advantages of the socialist model.”
Source: OREANDA-NEWS
Материалы по теме: