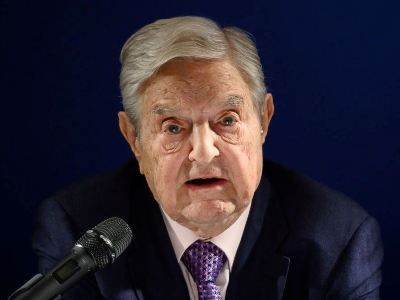 OREANDA-NEWS. American investor and philanthropist George Soros decided to establish a world university that will fight against authoritarian governments as well as climate change and spend 1 billion dollars for this purpose.

He called these problems the twins that threaten civilization. The billionaire noted that the Open Society University Network will become a worldwide learning platform, but research will also be done there. The organization will be created in collaboration with Central European University (also supported by Soros) and Bard College in the United States. The new university will provide access to high-quality education, focusing on “cultivating critical thinking and emphasizing academic freedom.”

“Taking into account the climate emergency and worldwide unrest, it’s not an exaggeration to say that 2020 and the next few years will determine not only the fate of Xi and Trump [Chinese and American leaders. – Ed.], but also the fate of the world,” Soros stressed.
Source: OREANDA-NEWS
Поделиться в соцсетях:
Подписаться на наши группы: Instagram | VK | Facebook | Twitter
Rate this article: