Libyan Parliament Allowed Egypt to Bring Troops to the Country 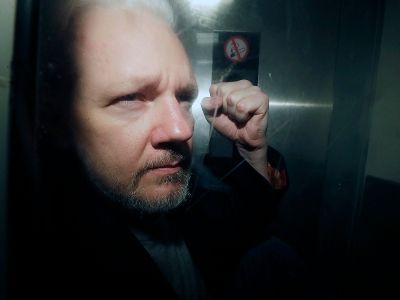 Sweden Dismissed a Case against Assange

OREANDA-NEWS. The Swedish Prosecution Authority closed the preliminary investigation on the case, in which the founder of WikiLeaks, Julian Assange, was accused of rape.

The refusal to continue the procedure was explained by weak evidence of Assange’s guilt. “I believe that the evidence has weakened in such a way that there is no any reason to continue the investigation,” the Deputy Director Eva-Marie Persson said.

The investigation against Assange began in 2010 in Sweden shortly after his arrival in the country. Two women declared violence from him; Assange claimed that everything happened by mutual agreement.

In 2017, the Swedish Prosecution Authority closed the investigation in most cases against Assange by the statute of limitations. However, in May 2019, the preliminary investigation was resumed. In June, a court in the city of Uppsala refused to arrest Assange in absentia, which could enable the authorities to ask Great Britain to extradite the founder of WikiLeaks, who was imprisoned after being deprived of his right to asylum at the Embassy of Ecuador in London.

Presently, extradition of Assange is sought by the authorities of the USA, where he is accused of publishing names of secret sources and conspiracy with an informant, former military intelligence analyst.