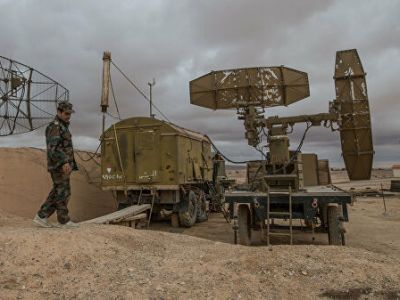 OREANDA-NEWS. The state television of Syria reports that the country’s air defense successfully repelled an Israeli missile attack on the governorates of Homs and Quneitra. It is specified that missiles were launched from the territory of the occupied Golan Heights.

According to Al Ekhbariya channel, none of the rockets reached the goal. Syrian radio station Sham FM clarifies that 12 missiles were shot down.

The press service of Israel Defense Forces told RIA Novosti new agency that they do not comment on foreign media reports about air strikes on positions located in Homs and Quneitra.

There are no diplomatic relations between Syria and Israel. Since the creation of both countries, they have been in a state war. In particular, they have a territorial conflict over the status of the Golan Heights.
Source: OREANDA-NEWS
Материалы по теме: