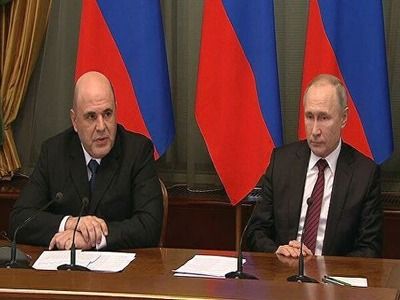 “I would like to congratulate you on the formation of a new government. We hope that this will improve the life of Russian citizens”, the diplomat said at a meeting with Deputy Chairman of the Federation Council Andrei Turchak. “Therefore, I take this opportunity to wish success and good luck to the new composition government". On Tuesday, Russian President Vladimir Putin approved the new structure of the Russian government and its composition.

Haddad said that the Syrian government, conducting operations in the Aleppo region, has set itself the goal of completely freeing Syria from terrorists. According to the diplomat, Syria is currently doing everything to counter terrorism. "We will continue this path until the liberation of the last inch of our land", he stressed.

"The operations that are currently taking place in the Aleppo region from the southern side with the support of our friends from the Russian Federation are legitimate. They are carried out so that our government fully controls the territory of Syria. This is what the presidents of Russia and Syria agreed on", the ambassador continued