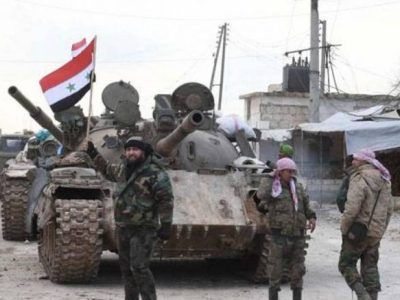 OREANDA-NEWS. Syrian government army regained control of the city of Saraqib located in the east of Idlib Governorate.

This was reported on March 2 by the Syrian newspaper Al Watan, citing a source. According to the publication, in the course of the operation, dozens of gang members were killed, four tanks and six armored vehicles were destroyed, two Turkish combat drones were shot down.

Syrian troops entered the northern and eastern districts of Saraqib on March 1 and liberated the rest of the city in the morning during fierce battles with terrorists from the group Jebhat al-Nusra and armed opposition from the National Front for Liberation, supported by Turkish troops. Government army’s units are mopping-up the outskirts of Saraqib from terrorists, deminers are clearing streets and houses. The Syrian Air Force and artillery attack the rear bases of militants located in Sarmin, al-Nayrab, Qminas and Taftanaz.