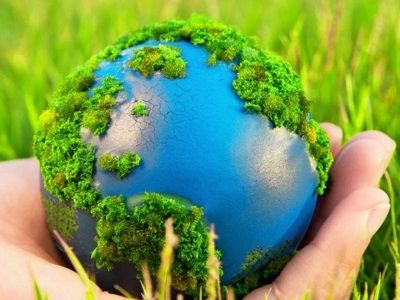 The Ministry of Natural Resources Reduced Costs of the Environmental Project

OREANDA-NEWS The costs of the national project "Ecology" was reduced by 17% to 1.55 trillion rubles. Funding for "Clean water" is cut in half.

The Ministry of natural resources decided to reduce the budget of the national project "Ecology" by 320 billion rubles (17.1%). The costs is 1,551 trillion rubles, according to the latest version of the project.

Dmitry Kobylkin – the Head of the Department – presented this project at the Presidium of the Council meeting for strategic development under the leadership of Prime Minister Dmitry Medvedev on Monday, August 6. "Proposals for additional budget allocations should be justified very clearly. All activities, and therefore the money that we allocate for them, should be linked into a single system," — said Medvedev at the end of this meeting.

The national project "Ecology" is implemented within the framework of the may decree of Russian President Vladimir Putin. It occupies national goals and strategic objectives of Russia for the period up to 2024. The national project  "Ecology" includes ten areas — "Clean country", "Integrated system of solid municipal waste management", "Infrastructure for waste management of I and II classes of danger", "Clean air", "Clean water", "Improvement of the Volga", "Preservation of lake Baikal", "Preservation of unique water objects", "Conservation of biological diversity and development of ecological tourism" and " Forest Conservation".

In the previous version of the project, total costs for the next five years were estimated at 1.87 trillion rubles.  Most of the reduction was made in the direction of "Clean water", which involves ensuring the normal quality of drinking water for 99% of consumers (now — 87.5%). In the 2019-2024 years it is planned to spend half of what it was about initially — 258,47 billion RUB instead of 551 billion RUB.