The Number of Flood Victims in the Irkutsk Region is Growing 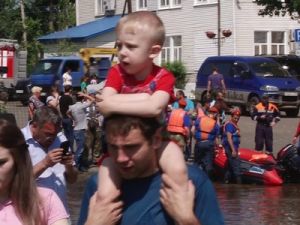 But local journalists fear that "the data may change radically." The region begins the elimination of the effects of flood.

As a result of flooding in the Irkutsk region, according to official data, five people died. TASS, citing its sources, reports seven dead, nine people were missing.

The region begins the elimination of the effects of flood. Three railway aid cars have already arrived in Tulun. In connection with the emergency mode, the local airline Angara recorded prices on the Bratsk-Irkutsk route. The cost of the flight will be 3.5 thousand rubles.