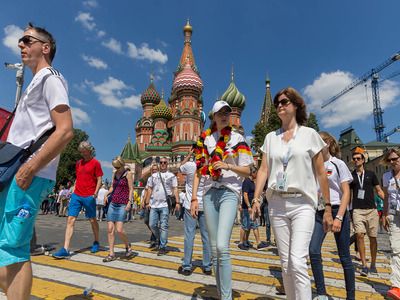 StateTourismSurvey researchInternational activities
OREANDA-NEWS. The number of foreigners entering Russia for tourism in 2019 increased by 20.5% compared to the previous year and amounted to more than 5 million people. This is stated in the message of the Association of Tour Operators of Russia (ATOR).

According to the association, tourist flow from the USA increased by 6%, from where 241.1 thousand tourist visits to Russia were made. Last year, 199 thousand tourists came from Israel to Russia, which is 21.7% more compared to the previous year. In addition, India, Estonia, Finland, Latvia, Thailand, Lithuania, Turkey and Australia showed significant dynamics in the growth of tourist flows to Russia. The tourist flow from each of these countries amounted to more than 50 thousand people.

In general, at the end of 2019, all countries showed an increase in tourist flow to Russia, of which more than 10 thousand tourists arrived. At the same time, a decrease in tourist flow was recorded from Latin America due to the high base of 2018 against the background of the World Cup.
Source: OREANDA-NEWS
Материалы по теме: