The Roofs of Houses in St. Petersburg Will be Closed for Tourists 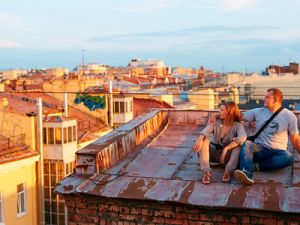 OREANDA-NEWS Petersburg houses will protect against "tourism on the roofs" with the help of security video surveillance systems and mortise locks, said the Acting Governor of the city Alexander Beglov.

According to him, the fact that private organizations and individuals gather groups of tourists and drive them over the roofs is a big problem for the city, since it is dangerous both for tourists and residents, because of this, metal roofs begin to leak .

The acting governor declared that free access to the utilities of the houses is also dangerous.