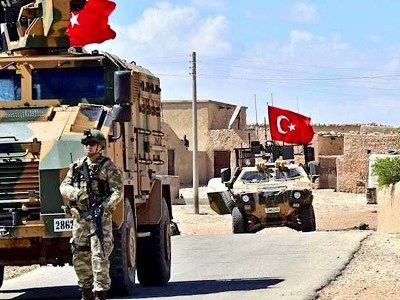 According to journalists’ information, “Turkish military units are leaving villages in the Tell Tamer region.” The reasons for the redeployment of Turkish forces are not indicated.

Tell Tamer is populated mainly by Assyrian Christians. The offensive of the Syrian armed opposition, which is fighting on the side of the Turkish troops, led to the displacement of a large number of town’s inhabitants in the city of Al-Hasakah, the capital of the governorate of the same name, located at the distance of 40 kilometers. In November 2019, the ceasefire in Tell Tamer was foiled by militants.
Source: OREANDA-NEWS
Материалы по теме: