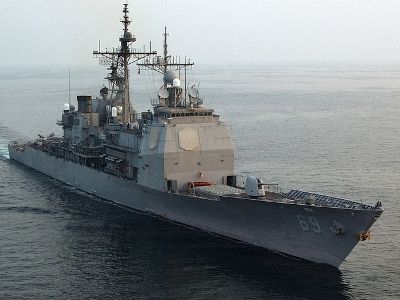 The USA Plans to Create a Heavy Cruiser of Next Generation

OREANDA-NEWS. American magazine Military Watch writes that the US Navy plans to begin developing a next generation heavy surface combat ship. It will be the first development in this class since the Cold War.

The development programme is designed for five years. Research and testing will begin next year. The American fleet requested 46.45 million dollars for this project in 2021 and about 150 million dollars in 2022.

The need for a new ship is explained by the fact that Ticonderoga class cruisers are ageing and should be decommissioned in the near future. In addition, there is an active growth in the potential of the Navy of China. In particular, Ticonderoga class cruisers are already losing in their combat potential to Chinese 055 class destroyers. The latter have a similar number of launch cells, but more modern sensors and more powerful ammunition. Anti-ship missiles of Chinese destroyers exceed their American counterparts in speed and range by several times.
Source: OREANDA-NEWS
Материалы по теме: