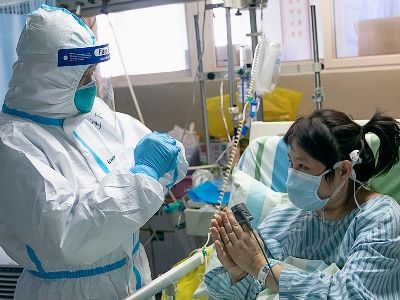 The Woman Who Had First Been Infected with New Coronavirus Recovered

OREANDA-NEWS. The National Health Commission (NHC) of China reported that in Shanghai, the first patient, who was infected with atypical pneumonia caused by the new coronavirus, had been cured.

This is a 56 year old woman who lived for a long time in the city of Wuhan, from where the coronavirus had begun to spread. It is known that she felt ill on January 10, and two days later she arrived in Shanghai. On January 15 she was hospitalized. After conducting a survey, NHC specialists found a new virus in her organism and confirmed that it became the first case of infection in the region.

During treatment, the woman’s condition improved. Her body temperature did not exceed the norm for six days. Problems with breathing decreased. The results of tests are negative. Having assessed her condition, the expert group of the NHC came to the conclusion that she can be discharged from hospital.
Source: OREANDA-NEWS
Поделиться в соцсетях:
Подписаться на наши группы: Instagram | VK | Facebook | Twitter
Rate this article: