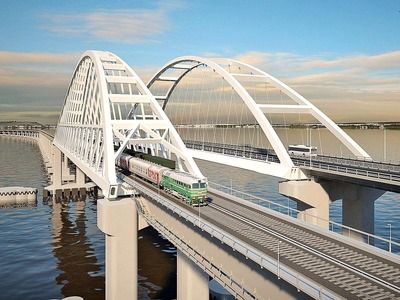 OREANDA-NEWS As previously planned, the movement of passenger trains on the Crimean bridge will be launched before the end of this year, reports TASS.

According to the "Crimean Railway" (KZD), the railway connection should start on December 9-10, ticket sales - in October. On August 17, the head of the Crimea, Sergei Aksenov, said that the pace of work on the railway part of the bridge allows counting on the launch of trains ahead of schedule.

As Russian Transport Minister Yevgeny Dietrich told reporters during a working trip to Sevastopol, work is going on schedule. At the same time, he noted that it is still difficult to say who will be the operator of the railway transportation over the bridge.