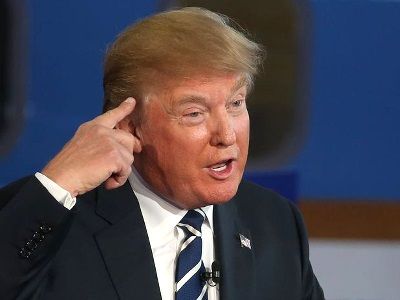 Trump Promised to "Deal" With the Incident in the Kerch Strait

OREANDA-NEWS  The US President said that he will "deal" with what happened in the Kerch Strait. This was stated by the head of state in an interview with the New York Post.

"We'll see, we're going to figure out what happened in the Kerch Strait," Trump said.

On November 26, a day after the incident involving Russian and Ukrainian warships in the Kerch Strait, Trump said that he "did not like". He added that he called on the European leaders to take part in the discussion of the situation.

Collision of the ships of naval forces of Ukraine with the Russian frontier guards happened on November 25. According to the Ukrainian version, Kiev notified the Russian side in advance about the transfer of ships from Odessa to Mariupol. In turn, the FSB said that the ships went without permission to pass into the sea of Azov. As a result, the border boats of the FSB did not miss the Ukrainian ships, fired at them, detained and transferred to Kerch. Ukrainian crews arrested for two months, the Ukrainian Navy ships are in the port of Kerch. Kiev called the incident an act of aggression and introduced martial law in the border areas with Russia and Transnistria.

On Wednesday, Putin, speaking at the plenary session of the forum "Russia calls!", commented on the situation with the detention of the Ukrainian Navy ships. According to the head of state, the incident in the Black sea is "a provocation".

As Putin noted, the provocation was prepared by Kiev in advance, nothing to do with attempts to regulate relations between Russia and Ukraine. "This is a game for aggravation," Putin stated.

The President expressed confidence that the Ukrainian leader Petro Poroshenko should create obstacles for competitors from the opposition because of the low rating.