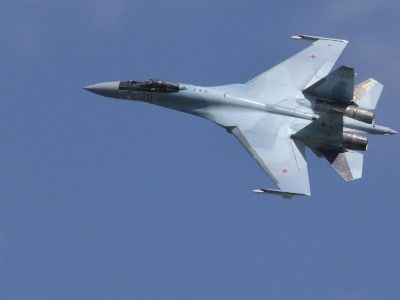 Turkey Is Negotiating on the Purchase of Russian Su-35 Fighters

OREANDA-NEWS. The Turkish newspaper Daily Sabah reports citing its sources that Ankara and Moscow are close to concluding a deal in which Turkey can get 36 multipurpose fighters Su-35. According to the publication, Turkey’s participation in the production of some types of equipment for the Su-35, including high-precision weapons, is also being discussed.

At the end of August 2019, Turkish President Recep Tayyip Erdogan, together with Russian leader Vladimir Putin, visited the MAKS-2019 international aviation and space show, in its exposition Su-35 and Su-57 were presented. “Is it Su-57?.. And is it already flying? May we buy it?” Erdogan asked the Russian president. Putin replied: “You may.”

After returning to Ankara, Erdogan announced that negotiations with Russia were held on the possible purchase of Russian fighters, which could replace the American F-35. “If America continues to behave in the same way, we will take care of ourselves. It means that we will evaluate it – Su-35 or F-35, Su-57 or something else,” Erdogan said, noting that Ankara also plans to raise issues of joint production.

In July 2019, US President Donald Trump announced that Turkey would most likely lose its right to buy the F-35 due to the acquisition of S-400 anti-aircraft missile systems in Russia, after which Erdogan said Ankara would look for alternatives.

“The alternatives are ready. There are places where we can buy (Other fighters. – Ed.) right now, and offers continue to come,” the Turkish president said in mid-October.