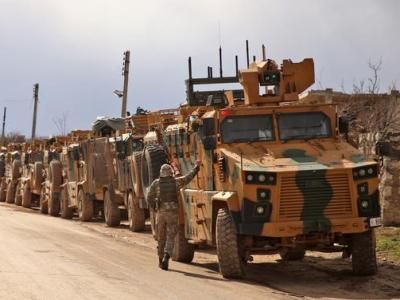 OREANDA-NEWS. Turkish troops launched an offensive in the Syrian governorate of Idlib, in the vicinity of the motorway M4.

Media reported about several airstrikes on strategic targets of the Hayat Tahrir al-Sham, a branch of the terrorist group Jabhat al-Nusra.

In March 2020, Russia entered into an agreement with the Turkish military on the start of de-escalation of the conflict in this territory. As part of this operation, the Turkish military planned to free the motorway M4, blocked by militants and local residents who support them.

According to the newspaper Izvestia, when Turks tried to clear the highway near Idlib and free the zone from the civilian population, armed militants on the barricades began shelling Turkish armored vehicles. Turkish soldiers responded by using tear gas and opened destruction fire.