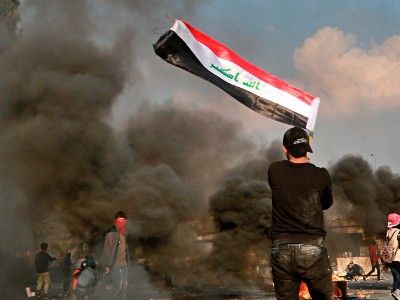 Two Missiles Fell near the US Embassy in Baghdad

OREANDA-NEWS. Reuters agency, citing a source in the Iraqi army, reported that the Green Zone, a specially protected area of ​​Baghdad, was shelled.

“Two Katyusha rockets fall inside the Green Zone without causing casualties,” he said. The missiles were launched from the outskirts of Baghdad. Two of them exploded near the US Embassy.

Today’s shelling took place amid clashes between protesters in the Iraqi capital and security forces. According to Al Arabiya channel, as a result of riots, three people died from gunshot wounds, about 70 were injured.

Since the beginning of January, the US Embassy in Baghdad and the military bases on which American troops are stationed have been attacked several times. According to official information, none of the Americans died.

Protesters Burst into the Building of the Armenian Parliament

According to the Foreign Ministry, the Diplomats Expelled from Russia Deliberately Violated the Law