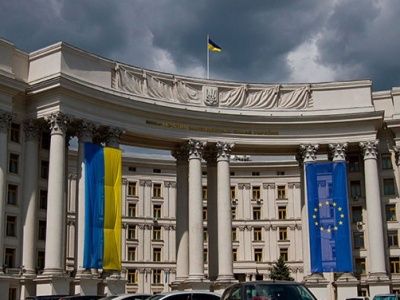 OREANDA-NEWS. On February 17, the Ukrainian Foreign Ministry called the Chargé d'Affaires of Russia to protest the detention of Ukrainian sailors in the Sea of ​​Azov.

This was reported on the website of the Ukrainian agency. “During the meeting, the Russian side was requested to immediately release the Ukrainian fishermen, the fishing vessel and return all fishing equipment,” the statement says.

On February 15, Russian border guards detained a ship in the Sea of ​​Azov with four Ukrainian sailors on suspicion of poaching. They were brought to the city of Kerch. Later, sailors admitted that they were engaged in illegal fishing. If a case will be instituted under the Article 256 of the Criminal Code of the Russian Federation “Illegal extraction of aquatic biological resources”, the Ukrainian sailors can be sentenced to two years in prison.

The Prosecutor General of the Russian Federation Responded to Interpol's Request for the Extradition of Russians Due to the Explosion in BeirutOreanda.ru | 22.01.2021 15:36:00