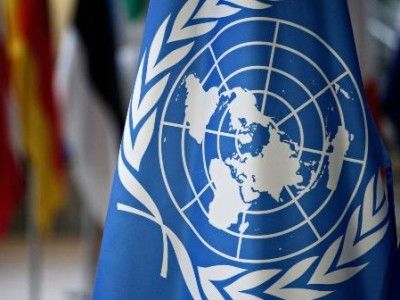 OREANDA-NEWS. Interfax information agency reports that the Third Committee (Social, Humanitarian and Cultural) of the United Nations General Assembly adopted by majority vote a resolution to combat the glorification of Nazism proposed by Russia.

The document named “Combating glorification of Nazism, Neo-Nazism and other practices that contribute to fuelling contemporary forms of racism, racial discrimination, xenophobia and related intolerance” was supported by 121 countries. The United States of America and Ukraine voted against it. 55 states abstained from voting.

The adopted resolution in December 2019 will be discussed at a plenary meeting of the UN General Assembly.

Since 2014, Russia annually submitted a draft resolution of the UN General Assembly on combating the glorification of Nazism. As Anatoly Antonov, the Russian Ambassador to Washington, noted earlier, “in the entire international community, there are only two countries that still vote against it: the USA and Ukraine.”

The resolution states that countries should take measures, including measures in the legislative field and in the field of education, in accordance with their international human rights obligations, in order to prevent the review of the outcome of the Second World War and the denial of crimes against humanity and war crimes committed during in 1939–1945.

According to the document, the states also should “condemn all propaganda and all organizations that are based on ideas or theories of superiority of one race or group of persons of one colour or ethnic origin… and undertake to adopt immediate and positive measures designed to eradicate all incitement to, or acts of, such discrimination.”