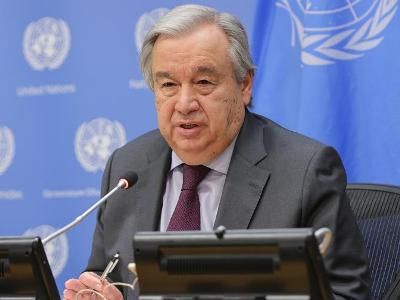 UN Secretary-General Commented of the Fight against Coronavirus

OREANDA-NEWS. UN Secretary-General Antonio Guterres declared during a video conference with reporters that the whole world is currently at war with the coronavirus.

According to him, nowadays the world is facing a common enemy, therefore the reaction must correspond to the unique nature of the crisis. He noted that nations are in an unprecedented situation in which the usual rules can no longer apply.

Guterres also called for preventing the spread of COVID-19 in poor countries. He stressed that if the virus is allowed to spread in the most vulnerable regions of the world, it will kill millions of people.

The UN Secretary General called on world leaders to join forces in a global response to the threat. Among three priority tasks, he named the elimination of the risks to human health, social support and restoration of economy.