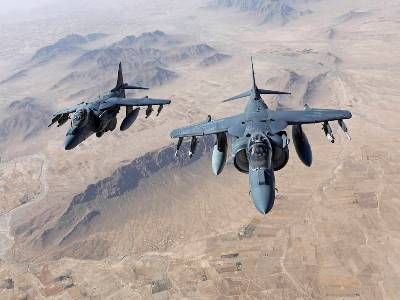 US Aviation Struck Taliban in Afghanistan

OREANDA-NEWS. The US Air Force attacked militants of the Islamic fundamental movement Taliban in Afghanistan. The air strike became the first in 11 days.

This was reported on March 4 by the representative of the US Armed Forces in Afghanistan, Colonel Sonny Leggett. According to him, the American forces conducted an airstrike against Taliban members in the district of Nahr-e-Saraj, Helmand province.

Leggett accused the Taliban of attacking the Afghan Armed Forces’ checkpoints. The officer stated that they conducted 43 attacks on Afghan checkpoints, violating the promise to “reduce violence.” “This was a defensive strike to disrupt the attack. […] We call on the Taliban to stop needless attacks and uphold their commitments. As we have demonstrated, we will defend our partners,” Leggett wrote on his Twitter page.

According to the TV channel Tolo News, during the attack, Taliban fighters killed 16 soldiers of the Afghan army and captured ten servicemen.