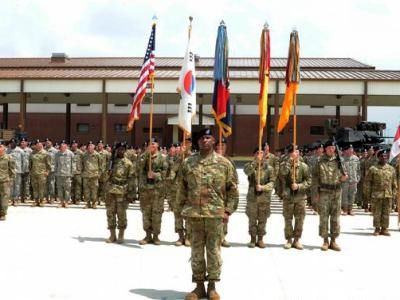 US Closed the Largest Military Base outside the Country

OREANDA-NEWS. Financial Times reports that the United States closed a military base in South Korea which is the largest outside the country. The decision was made as part of the fight against the spread of coronavirus.

Earlier, the US Armed Forces Korea reported that one soldier, one employee of the army and a family member of one of the officers became infected with COVID-19.

It is known that restrictions on the base of Camp Humphreys and other American facilities were introduced at the initiative of General Robert Abrams, a commander of 28.5 thousand US troops in South Korea.

The Joint Chiefs of Staff of South Korea informed that Seoul and Washington will postpone military exercises because of the outbreak of the new disease.