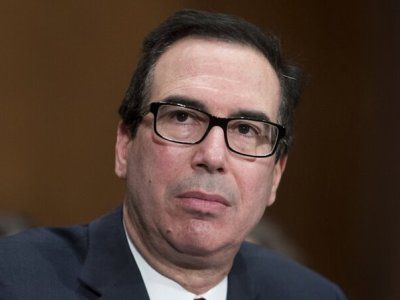 OREANDA-NEWS. The problems of Boeing corporation, which was forced to suspend the production of airliners 737 MAX, can significantly slow down the growth of American economy. This was stated by US Secretary Treasury Steven T. Mnuchin.

According to the head of the agency, difficulties with one of the country’s largest exporters can reduce growth of gross domestic product (GDP) in 2020 by about 0.5 percentage points. “Now let me just say that there’s no question that the Boeing situation is going to slow down the GDP numbers. Boeing is one of the largest exporters, and with the 737 Max, I think that could impact GDP as much as 50 basis points this year,” Mnuchin said. “But we look forward to very healthy growth in 2020,” he added.

“For this year, we’ve been looking at 2.5 to 3 %, as I said, it may be closer to 2.5 because of the adjustment of the Boeing numbers,” the Secretary of the Treasury explained. “But this would have been 3 % otherwise. There’s no question that USMCA (United States – Mexico – Canada. – Ed.) and the China deal are going to add significantly to growth.”
Source: OREANDA-NEWS
Подписывайтесь на наши группы: Instagram | VK | Facebook | Twitter
Материалы по теме:

Biden Nominated Burns for the Head of the CIA