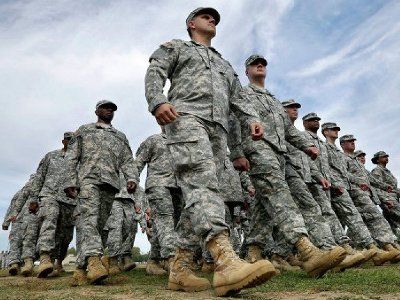 OREANDA-NEWS. The United States will temporarily transfer 20,000 military men to Europe for participating in large-scale exercise named “Defender Europe 2020” and a number of other exercises in the spring of next year. This was reported on Friday by Brigadier General Sean Barnaby.

The officer noted the US intends to deliver 20 thousand American soldiers to Europe and distribute them among European countries to participate in smaller exercises. According to him, this is the largest deployment of American troops in Europe over the past 25 years. In particular, Barnaby mentioned such exercises as “Quick response”, “Saber Strike”, “Allied Spirit”, and “Dynamic Front”. The transfer of forces will be carried out in February-April 2020.

The general added that the US military will be returned to their places of deployment in the United States when these exercises are completed. He assured that the return of forces to America will be carried out as quickly as possible. At the same time, Barnaby, answering the question of linking these exercises to the threat from Russia, emphasized that the exercises are not directed against any particular country, but have as their goal the development of interaction and logistics at different levels and will focus on strategic readiness.

The US military men together with equipment will depart from the ports of four American states and arrive in six European countries, from where they will be delivered by different modes of transport to the places of the exercises, the website of the exercises says. In total, about 37 thousand military men from different countries will take part in the Defender of Europe 2020 exercise. The US Army plans to use 13 thousand units of equipment, the website says.
Source: OREANDA-NEWS
Материалы по теме: