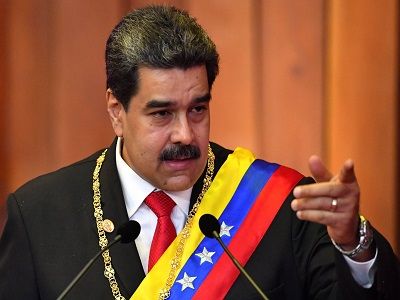 StateState managementState finance
OREANDA-NEWS. Nicolás Maduro, the head of Venezuela, suggests a way to deal with a deep socioeconomic crisis in the state: he urges women to give more birth. “Every woman is to have six children! Every one! For the good of the country!” — he said.

The central bank of the state said that inflation raised to approximately 10,000% last year, while there exist shortages of basic needs from foodstuff to medicine. An opposition also writes about non-flourishing country's position: “Hospitals are not functioning, vaccines are scarce, the country faces forced migration due to the humanitarian emergency”.

That call, has also met a disturbance of Women’s rights groups. One of them called president's claim intolarable, adding that women are much more than a womb, they are also citizens with rights.