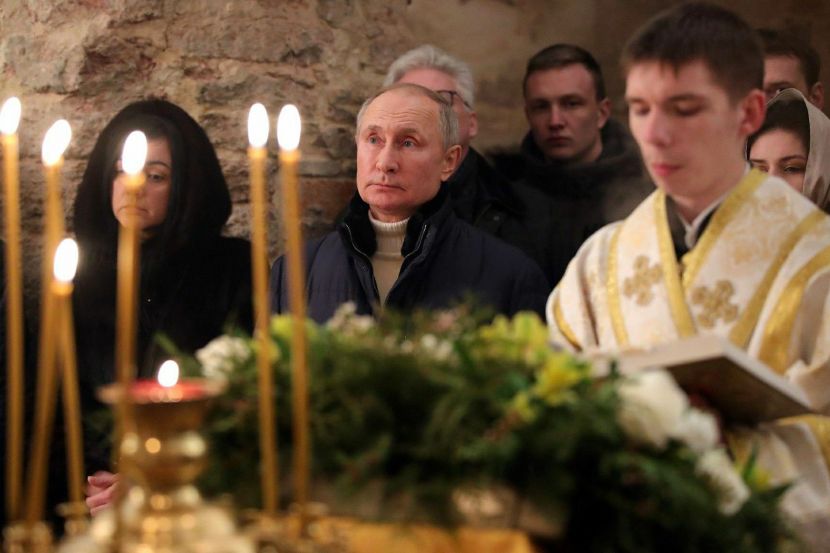 OREANDA-NEWS. On Thursday, January 7, the Kremlin press service published Russian President Vladimir Putin's congratulations on Christmas. The Russian leader congratulated all citizens of Russia on Orthodox Christmas and wished them success, prosperity and fulfillment of their wishes.

The press service quotes the president's words. He said that this great holiday illuminates the Earth with the shine of goodness and love, gives a great number of people happiness and chance, makes them to be filled with spiritual values. President wishes all Orthodox Christians and everyone who celebrates the sublime holiday, success, prosperity, realisation of desires".

Putin noted that "it is important that the Russian Orthodox Church and other Christian confessions pay constant attention to problems of moral health of sitizens, making the institution of the family stronger, and educating the young people. The representatives of the Russian Orthodox Church deeply care about maintaining interethnic and fruitful dialogue." He added that this large, multifaceted work deserves the deepest respect.

TASS, citing the press service of the law enforcement agency, reported that about 5,500 servicemen and employees of the Rosgvardia, together with other law enforcement officers, ensured law and order and public safety on Christmas night during festive divine services throughout Russia.

As noted in the department, specialists of the engineering and inspection teams of the Russian Guard, together with colleagues from cooperating structures, checked over 400 churches before the start of the Christmas service. "The crews of private security continue to serve around the clock at posts and patrol routes," the Russian Guard stressed.