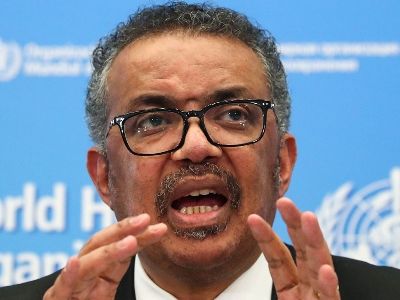 OREANDA-NEWS. The Director-General of the World Health Organization (WHO) Tedros Adhanom Gheybreyesus told during a briefing in Geneva that “the number of newly confirmed cases reported from China has stabilized over the past week, but that must be interpreted with extreme caution.” According to him, the further development of the situation with COVID-19 can change the statistics both for the better and for the worse. The head of WHO also noted the fact that since February 4, the number of countries in which a new coronavirus has been detected has not changed.

WHO expert Mike Ryan noted that, according to recent observation, the virus is less aggressive outside the province of Hubei. The slow spread of the disease in other regions of China and other countries gives a chance that it can be stopped.

According to the latest reports, 1,115 people died from COVID-19. More than 45 thousand infected people were registered.