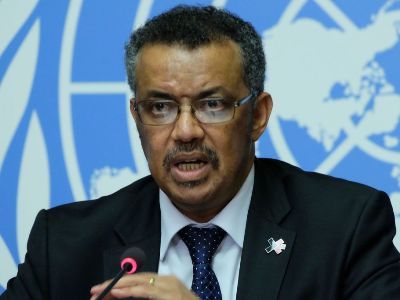 WHO Head Reports of Slowdown in Coronavirus Spread in Europe

OREANDA-NEWS. The spread of coronavirus infection in Europe is gradually slowing down. This was announced at a briefing by the Director-General of the World Health Organization (WHO), Tedros Adhanom Ghebreyesus. “In the past week, we’ve seen a welcome slowing in some of the hardest-hit countries in Europe, like Spain, Italy, Germany and France,” he said.

At the same time, Adhanom Ghebreyesus noted that in some other regions the situation is exacerbating. First of all, he mentioned Africa. “We anticipate severe hardship for already overstretched health systems, particularly in rural areas, which normally lack the resources of those in cities,” the head of the organization said.

Among the significant threats, he also called the spread of infection among health workers. According to WHO, in some states, 10 % of them are infected with coronavirus.