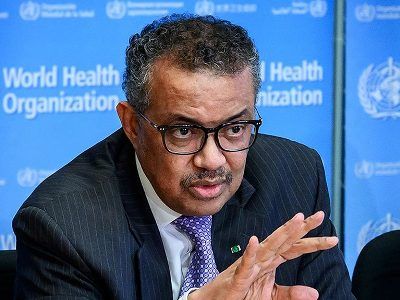 WHO Reports of the First Trials of Vaccines against COVID-19

OREANDA-NEWS. Director-General of the World Health Organization (WHO) Tedros Adhanom Ghebreyesus announced at a press conference in Geneva the beginning of the first trials of the coronavirus vaccine.

“The first vaccine trial has begun, just 60 days after the genetic sequence of the coronavirus was shared. This is an incredible achievement. We commend that researchers around the world who have come together to systematically evaluate experimental therapeutics,” he said. The head of WHO also expressed the hope that the world would ultimately win the new disease.

Earlier, it was reported that scientists in the United States conducted the first human vaccine tests. At present, several countries are actively involved in vaccine development. Italian specialists plan to start testing the drug on animals within a week. Before that, Chinese authorities gave permission to start clinical trials of their own vaccines. The European Commission said that the EU authorities expect to complete the development of the medicine by autumn.