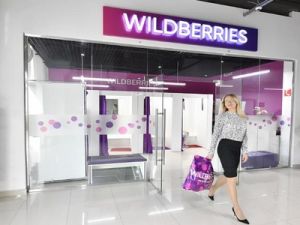 OREANDA-NEWS. Wildberries can individually receive tax benefits from Egypt. This was announced by the Minister of Industry and Trade of the Russian Federation Denis Manturov in an interview with the Russian television channel. Wildberries online store sells various categories of goods, including toys, sports and baby food, electronics, books, etc. In 2018, the company's revenue amounted to $ 1.7 billion.

In May 2019, the government of the Russian Federation approved the rules for providing a budget subsidy to the Russian Export Center (REC) for the creation and operation of an RPZ in Egypt. REC expects that this year will be concluded about 100 agreements on the intention of companies to participate in the RPG project in Egypt, said in mid-May the head of the REC Andrey Slepnev.

The head of the Suez Canal administration, Muhab Mamish, told the Russian media that the Russian industrial zone in Egypt would be launched in late 2020 - early 2021. According to him, the products will be in demand not only in the Egyptian market, but also in the markets of other African countries, as well as the Middle East and Europe.