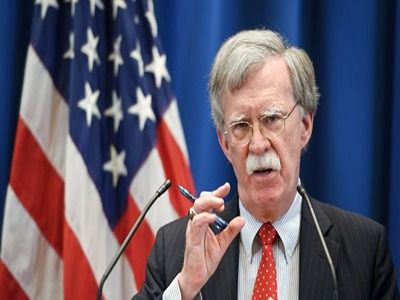 StateMilitary securityInterstate relationsMinistries and departments
OREANDA-NEWS. John Bolton, who resigned from the post of assistant to the American president for national security, hid the true state of affairs in the United States and spread fake information about Russia. The official representative of the Russian Foreign Ministry, Maria Zakharova, wrote about this on her Facebook. She recalled that in June at a forum organized by the American business media, Bolton said that the US has reason to believe that Russia, China, Venezuela, Iran and the DPRK are trying to spread fake news about the differences of opinion between the American president and his inner circle, reminded Zakharov.

Bolton laid the blame for the dissemination of these messages on journalists. "The stenographers of these regimes in the American press immediately pick up these fakes", said Trump's adviser. Bolton did not give any examples in support of his words. Three months after this, Donald Trump fired the National Security Assistant, the Foreign Ministry spokeswoman continued. At the same time, she pointed out, the US president indicated that he did not agree with many of Bolton’s proposals.

“I have a question: who should be the first to apologize for this particular fake?”- Said Zakharova. Among them, in her opinion, is the American publication, which organized a rally of geopolitical visionaries; Bloomberg, quoted by the National Security Assistant; as well as the ex-assistant himself, who “invented a fake about Russia, accusing her of disseminating false information”.

On the evening of September 10, Trump announced that Bolton had resigned. The assistant to the president of the USA on national security became Charles Kapperman. Trump said that Bolton and some other members of the administration underestimated Maduro, who turned out to be strong.