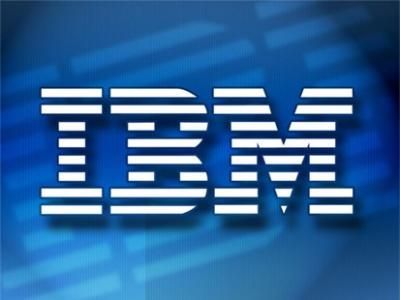 Clients will have online access to the computing power of the first IBM Q systems by the end of 2017, with a series of planned upgrades during 2018. IBM is focused on making available advanced, scalable universal quantum computing systems to clients to explore practical applications. The latest hardware advances are a result of three generations of development since IBM first launched a working quantum computer online for anyone to freely access in May 2016. Within 18 months, IBM has brought online a 5 and 16 qubit system for public access through the IBM Q experience and developed the world's most advanced public quantum computing ecosystem.

“We are, and always have been, focused on building technology with the potential to create value for our clients and the world,” said Dario Gil, vice president of AI and IBM Q, IBM Research. “The ability to reliably operate several working quantum systems and putting them online was not possible just a few years ago. Now, we can scale IBM processors up to 50 qubits due to tremendous feats of science and engineering. These latest advances show that we are quickly making quantum systems and tools available that could offer an advantage for tackling problems outside the realm of classical machines."

Over the next year, IBM Q scientists will continue to work to improve its devices including the quality of qubits, circuit connectivity, and error rates of operations to increase the depth for running quantum algorithms. For example, within six months, the IBM team was able to extend the coherence times for the 20 qubit processor to be twice that of the publicly available 5 and 16 qubit systems on the IBM Q experience.

In addition to building working systems, IBM continues to grow its robust quantum computing ecosystem, including open-source software tools, applications for near-term systems, and educational and enablement materials for the quantum community. Through the IBM Q experience, over 60,000 users have run over 1.7M quantum experiments and generated over 35 third-party research publications. Users have registered from over 1500 universities, 300 high schools, and 300 private institutions worldwide, many of whom are accessing the IBM Q experience as part of their formal education. This form of open access and open research is critical for accelerated learning and implementation of quantum computing.

“I use the IBM Q experience and QISKit as an integral part of my classroom teaching on quantum computing, and I cannot emphasize enough how important it is. In prior years, the course was interesting theoretically, but felt like it described some far off future,” said Andrew Houck, professor of electrical engineering, Princeton University. “Thanks to this incredible resource that IBM offers, I have students run actual quantum algorithms on a real quantum computer as part of their assignments! This drives home the point that this is a real technology, not just a pipe dream.  What once seemed like an impossible future is now something they can use from their dorm rooms. Now, our enrollments are skyrocketing, drawing excitement from top students from a very wide range of disciplines.”

To augment this ecosystem of quantum researchers and application development, IBM rolled out earlier this year its QISKit project, an open-source software developer kit to program and run quantum computers. IBM Q scientists have now expanded QISKit to enable users to create quantum computing programs and execute them on one of IBM's real quantum processors or quantum simulators available online. Recent additions to QISKit also include new functionality and visualization tools for studying the state of the quantum system, integration of QISKit with the IBM Data Science Experience, a compiler that maps desired experiments onto the available hardware, and worked examples of quantum applications.

“Being able to work on IBM’s quantum hardware and have access through an open source platform like QISKit has been crucial in helping us to understand what algorithms--and real-world use cases--might be viable to run on near-term processors,” said Matt Johnson, CEO, QC Ware. “Simulators don’t currently capture the nuances of the actual quantum hardware platforms, and nothing is more convincing for a proof-of-concept than results obtained from an actual quantum processor.”

Quantum computing promises to be able to solve certain problems – such as chemical simulations and types of optimization – that will forever be beyond the practical reach of classical machines. In a recent Nature paper, the IBM Q team pioneered a new way to look at chemistry problems using quantum hardware that could one day transform the way new drugs and materials are discovered. A Jupyter notebook that can be used to repeat the experiments that led to this quantum chemistry breakthrough is available in the QISKit tutorials. Similar tutorials are also provided that detail implementation of optimization problems such as MaxCut and Traveling Salesman on IBM's quantum hardware.