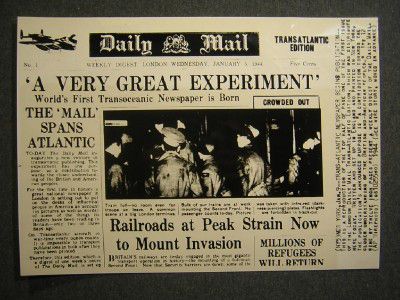 Johnston Press has entered an agreement with Associated Newspapers Limited

IT, MediaPrint media
OREANDA-NEWS. Johnston Press plc ("Johnston Press" or "the Company"), is pleased to announce that it has entered an agreement with Associated Newspapers Limited ("ANL"), owners of the Daily Mail, to print the Monday to Saturday issues of the Daily Mail newspaper at its Portsmouth Web facility in Hampshire. This follows the announcement by ANL of the closure of their print site at Didcot. The Daily Mail copies will serve the entire South West and Portsmouth Web is well positioned to meet the delivery requirements of the newspapers.

The contract is a multi-million pound contract across a five year period and ANL will have the option to extend the term after the five years. This new business comes on top of the Metro contract won by JP-owned Portsmouth Web last October, which is a 12-month rolling contract serving copies into the southern regions.

"We are delighted to win this new business on top of the Metro contract just recently won and this further confirms our printing services division as one of the best in the country. This latest long term contract will give the staff a real boost and their ability to deliver such prestigious titles against very tough competition is a great reflection on the business."