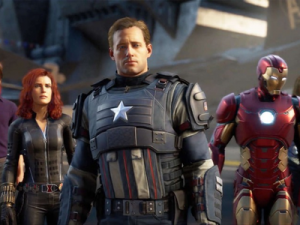 OREANDA-NEWS. A Comic Con 2019 visitor posted a record of Marvel’s Avengers: A-Day gameplay. He managed to record almost 7 minutes of the game. Thor, Iron Man and Hulk were shown.

Although Square Enix and Marvel were not going to show the game "Avengers" to the public right up to the end of August, one of the visitors shot a seven-minute video at a closed show at the Comic-Con in San Diego.

Apparently, the video shows the same gameplay that journalists saw at E3 2019 when superheroes were set up and they became outcasts of the community. It's note that this is not a complete passage: there is no segment for the Black Widow and Captain America, but you can look at the gameplay for Thor, Iron Man and Hulk. The total duration of the show seemed to be 15 minutes.

Judging by the presented interface and marketing partnership with Sony, the demonstrated gameplay is taken from the version of the game for the PlayStation 4 Pro.