Lukashenko Said That Russia Doesn't Give Consent to Supply of Oil to Belarus from Kazakhstan
Fuel and energy, 21.01.2020, 14:13 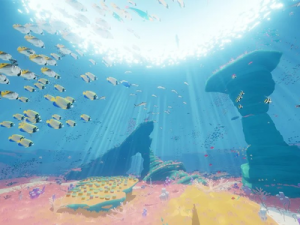 OREANDA-NEWS Epic Games Store has launched the free distribution of The End Is Nigh and Abzu games. Any user of the service can download them today, September 6, on the official website and in the client.

The End Is Nigh is a platformer created by game designer Edmund McMillen (Super Meat Boy). In the description of the game, the author says that gamers “will have to die often,” which is not scary, since the protagonist is probably already dead.

Abzu is an adventure game by Giant Squid, in which gamers are invited to become a diver who suddenly finds himself floating on the surface of a vast ocean. He will have to explore the world in which he finds himself.