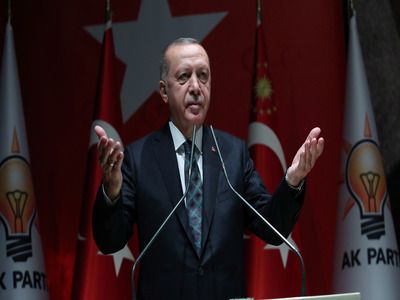 IT, MediaPrint mediaInternet mediaInternational activities
OREANDA-NEWS. Turkish President Tayyip Erdogan has filed a lawsuit against a French magazine for an article that he considers to be offensive and libelous. According to the Turkish television channel on Friday, the lawyer filed a lawsuit on behalf of the head of state.

The defendants indicated the chief editor of the publication Etienne Jernel and the author of the publication in the issue of October 24, Roman Huber. An 11-page lawsuit was filed with the Prosecutor General of Ankara on the fact that French journalists violated an article of the Criminal Code "On insulting the president".

The subject of the proceedings is an article on the Kurdish policy of Turkey. On the cover of the magazine is a photograph of Erdogan with the captions "Ethnic Cleansing, the Method of Erdogan the Destroyer" and "Let him Kill the Kurds (and Threaten Europe)?" The material itself also contains expressions that the Turkish leadership considers offensive to itself and the country as a whole.

Erdogan spokesman Ibrahim Kalyn accused Le Point of libel. “France has colonized many African states, such as Algeria, Morocco. It has killed thousands of people, was engaged in the slave trade, watched the genocide in Rwanda. And this French magazine began to slander us about ethnic cleansing!”, he wrote on Twitter.