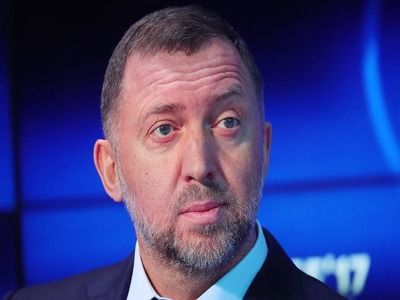 IT, MediaInternet mediaFinance accounting and auditInternational activities
OREANDA-NEWS. Oleg led the rating of Russian businessmen, whose fortune has declined the most over the past decade. For ten years, he lost about $ 6.7 billion, according to data prepared by Forbes. His fortune from 2010 to the end of 2019 fell from $ 10.7 billion to $ 4 billion.

In April 2018, the United States imposed personal sanctions against Deripaska and its subsidiaries, including Rusal, Basic Element, En +, Russian Machines, Eurosibenergo and GAZ Group. In January 2019, the sanctions against Rusal, En + and Eurosibenergo were lifted, but it cost Deripaska control in enterprises: in particular, his share in the En + holding decreased from 70% to 44.95%, he continued in Rusal directly own only 0.01% of shares for which it is not entitled to receive dividends. According to Forbes, Deripaska estimates his losses from the sanctions at $ 7.5 billion.

In second place in the ranking with the most significant decline in financial condition was the main beneficiary of AFK Sistema Vladimir Yevtushenkov. For ten years, he lost $ 6.4 billion (from $ 7.5 billion in 2010 to $ 2.1 billion at the end of this year).

Igor Zyuzin, chairman of Mechel’s board of directors, closes the top three; his fortune fell from $ 6.4 billion to less than $ 0.5 billion (loss of more than $ 5.9 billion). The top 10 also included the owner of the Onexim group of companies Mikhail Prokhorov (- $ 3.3 billion), the former owner of Uralsib Bank Nikolai Tsvetkov, who lost over $ 2.7 billion over the past decade.

The Australian Government has Conceded in the Conflict with Facebook

US will Not Ship COVID Vaccine to Other Countries Yet