Kremlin Called for the End of Hostilities in Nagorno-Karabakh

Member of the Coordination Council of the Opposition Alexievich Left Belarus 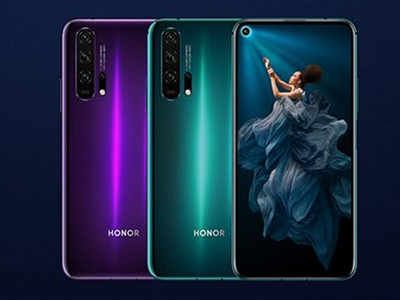 OREANDA-NEWS. The Honor smartphone brand has announced the start of sales of Honor 20 Pro. Russia became the first country where will be available a global version of the smartphone. In the near future the model will also be available in other countries.

the new smartphone is a display with a diagonal of 6.26 inches in the corner which embedded front camera with a size of 4.5 mm. Resolution "of frontally" — 32 MP with lens with aperture F/2.0.

In Honor of the new display occupies almost the entire area of the front side of the smartphone and 91.7%. Primary camera in the Honor 20 Pro has a resolution of 48 megapixels and a lens with aperture of F/1,4. The camera also has a sensor 16 MP with wide angle lens and 2-megapixel sensor for analyzing the scene depth.

The gadget applied a single-chip system Kirin 980. The amount of RAM in the smartphone is 8 GB and flash memory is 256 GB. Honor 20 Pro will be sold complete with battery, whose capacity is 4000 mA/h.