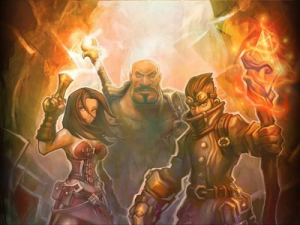 Torchlight was released in 2009 and is exclusive to PC. The creators of Diablo participated in its development, and Matt Owman became the composer. The storyline of the game is built around a mysterious ore called Amber. It changes all living beings beyond recognition. The main character goes to the mining town of Twilight (Torchlight), built on a mountain rich in ember, and clear the dungeons from monsters. The game received positive reviews from critics and scored 83 points on Metacritic.

Now the creators of Torchlight are working on the continuation of the franchise - Torchlight Frontiers.

The project will be released before the end of 2019 on PC, Xbox One and PlayStation 4.