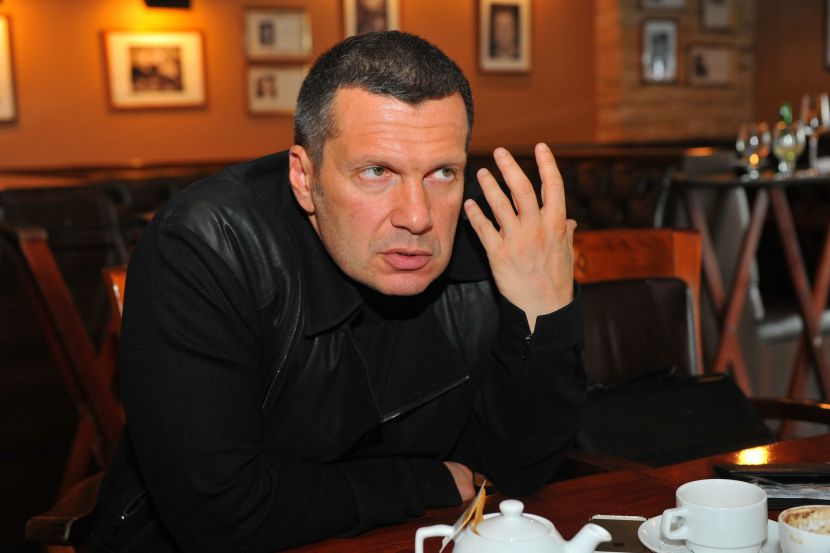 OREANDA-NEWS. Latvian Foreign Minister Edgar Rinkevich has included Russian TV host Vladimir Solovyov to the list of persons whose stay in the country is undesirable. This was announced by the head of the Foreign Ministry in his Twitter microblog on Thursday, February 18.

Solovyov has already said, that he will discuss with his lawyer filing a lawsuit in court over the ban on entry to Latvia. «Now we need to think about where to file a lawsuit. Because to accuse me, a Jew and an anti-fascist, of being a supporter of Nazism is an insult to the memory of all my people, who died in the war at the hands of the Nazis», he said in an interview with «RIA Novosti».

On February 15, in his evening program on the «Russia» TV channel, Vladimir Solovyov compared opposition politician Alexei Navalny to Nazi criminals Adolf Hitler and Otto Skorzeny. In particular, he called the head of the Nazi Reich «a very brave man», who, unlike Navalny, «did not hide from the army», and also «fought valiantly during the First World War».

State Duma deputy from the «Communist Party» of the Russian Federation Valery Rashkin on the same day made a request to the Prosecutor General's Office with the requirement to check the words of Solovyov for the rehabilitation of Nazism.

Putin Commented on the Closure of TV Channels in Ukraine

Russian TV Channel "Russia-RTR" Was Turned off in Latvia

Philip Plein, Accused of Homophobia, Was Called As an Expert in the Russian TV Show