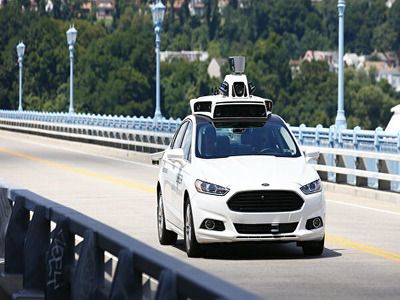 IT, MediaResearch and developmentTechnical testings, researches and certificationsJustice
OREANDA-NEWS. Former Google engineer Anthony Lewandowski pleaded guilty to stealing commercial information about unmanned vehicles from the company and its subsequent transfer to competitors. This was reported on Friday by the French media with reference to the statement of Lewandowski, which was at his disposal.

According to media reports, Lewandowski, who worked at Google from 2009 to 2016, admitted that before his dismissal, he downloaded documentation on the development of technologies for unmanned vehicles, including the creation of a radar with which such a vehicle can detect obstacles in its path and measure distances. It's noted that Lewandowski led the unit involved in the development of such a device.

Last August, California’s Northern District Attorney filed a 33-point charge against a former Google employee. According to media reports, Lewandowski admitted only one of them in exchange for the prosecutor’s refusal of the remaining charges. The cost of stolen documents can be up to $ 1.5 million. Lewandowski faces up to 10 years in prison and a $ 250 thousand fine.

According to the indictment, the engineer spoke with two companies - competitors to Google in the development of unmanned vehicles at the time of the theft of information.