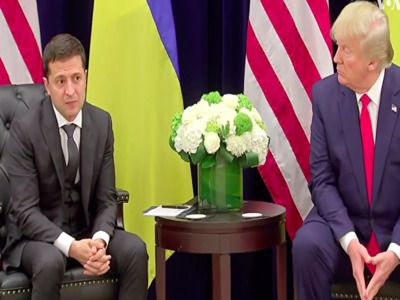 IT, MediaInternet mediaInterstate relationsEvents
OREANDA-NEWS. American businessman David Correia accompanied two people during a trip to Ukraine, who allegedly carried out the instructions of Rudolf Giuliani, the lawyer of US President Donald Trump. This was announced on Monday evening by CNN.

According to his sources, Correia traveled to Ukraine last winter with entrepreneurs Lev Parnassus and Igor Fruman. All three were indicted in October, in particular for violations of lobbying activities. Parnas and Fruman are also charged with attempts to secure the resignation of Marie Jovanovic from the post of US ambassador to Kiev in the interests of a Ukrainian official.

Parnassus claims that he and Fruman, at the direction of Giuliani, urged the Ukrainian authorities to initiate an investigation against former US Vice President Joseph Biden and his son. Giuliani admitted that Parnassus and Fruman carried out some of his instructions, but emphasizes that they concerned only the search for materials that justify Trump in the light of allegations from political opponents.

According to CNN, Correia tried to make profitable deals during the trip. They concerned the supply to Ukraine of liquefied natural gas from the United States through Poland. Sources say that Correia also consulted on business matters for Parnassus and Fruman.
Source: OREANDA-NEWS
Материалы по теме: