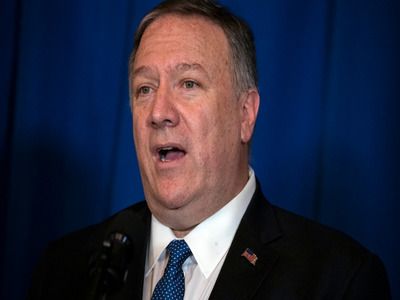 Ministries and departmentsIT, MediaInternet mediaMilitary security
OREANDA-NEWS. The main supporter of the assassination of Iranian general Kassem Suleimani in the US administration was Mike Pompeo. According to the American media, the Secretary of State for several months persuaded President Donald Trump to remove the head of the elite division of Al Quds.

According to the publication, Trump and the Pentagon for a long time did not agree to this operation. Moreover, the military were against increasing pressure on Iran, since this would require the transfer of large forces to the Middle East, while the US Department of Defense expected to bet on strengthening positions in East Asia.

The situation changed after December 27, when an American civil contractor died as a result of shelling of a military base in the Kirkuk area. Two days later, Pompeo, Secretary of Defense Mark Esper and the head of the Joint Chiefs of Staff Mark Milli went to Trump's club in Florida and offered him various options for a retaliatory strike. The president eventually agreed to the killing of Suleimani. According to the media, this decision was influenced by the fact that in this case, Pompeo and Esper acted together to defend their position.

The Australian Government has Conceded in the Conflict with Facebook

US will Not Ship COVID Vaccine to Other Countries Yet