NATO Accidentally Revealed Locations for US Nuclear Bombs in Europe 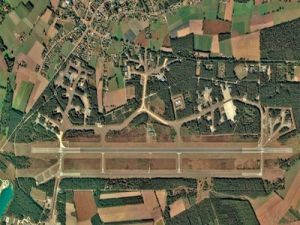 OREANDA-NEWS. A Canadian senator, member of the defense and security committee of the NATO Parliamentary Assembly, Joseph Day, accidentally revealed in his report, which was published on the Network, the locations of US nuclear weapons in Europe. The document was published in April, but subsequently it was deleted, the American newspaper writes. After some time, the report, according to the articl, reappeared on the Internet, but without the secret data.

Nevertheless, a copy of its original version on its website on July 16 showed the Belgian edition of De Morgen. The new version of this report, according to its information, was posted on the web on July 11. The publication calls the document official, noting that on June 1 it was discussed at the plenary session of the NATO Parliamentary Assembly in the Slovak capital Bratislava.

In general, it was noted in the report, as part of the North Atlantic Alliance mission, the United States deployed about 150 nuclear bombs in Europe, including B61 bombs, which can be deployed by both US and Allied forces. The author of the report didn't indicate the sources of this information.

In addition, the source of the publication in NATO noted that neither the United States nor their European partners, as a rule, do not discuss the location of American nuclear weapons on the continent. “We don't comment on the details of the positions of NATO’s nuclear weapons”, the source said, noting that the document was unofficial because it was written by members of the NATO parliamentary assembly.

But some media, as noted by the American newspaper, regarded this report as the disclosure of secret information. “Finally, in black and white: in Belgium there are American nuclear weapons”, the article says. "NATO reveals the most important secret of the Netherlands: nuclear bombs at Volkel", the Dutch broadcaster reported.