On September 13, “New Game+” and Two New Difficulties will Appear in Days Gone 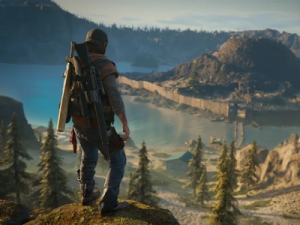 OREANDA-NEWS After the end of the weeks of updates of Days Gone with new tests, the developers do not intend to stop: on September 13, the game will have a "New Game+". In addition, with the update, Sony Bend will introduce two new difficulty levels - “Complex II” and “Survival II”. To run them, you don’t need to go through the storyline “I do not give up,” so you can play them with a completely new character without previous saves. The developers have confirmed that all the perks for testing can be used both in the "New Game+" and at any difficulty level.

Among other things, along with the upcoming update, new trophies will appear in the game, including for passing on “NG+”, “Complex II” and “Survival II”, as well as an achievement related to the new sniper rifle.

Another news about Days Gone is related to the release of the vinyl zombie action movie soundtrack. The disc fit 25 unique tracks from the game. Pre-order fees begin on September 11th. Release date is still unknown.